Gov Peter Obi quotes that set the internet on fire 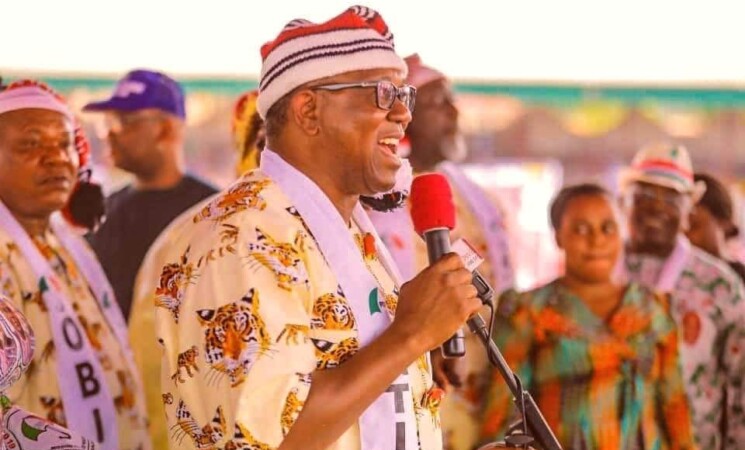 "To you, young people, Take Back your Country...it is your future they are toying with". - Peter Obi

"I reduced my convoy to 5 vehicles and you cannot buy fuel unless I am in the car".- Peter Obi

"If I sleep in a hotel and have to pay N250k a night, I will be awake all night...feeling like I was robbed". - Peter Obi

"You know there are many big men in Anambra state, so when they want to see me, I say to them I will come to you instead".- Peter Obi

"We handed schools back to Churches and by 2013, we were number one in WAEC."- Peter Obi

"I beg you to participate more in politics, the society we help them abuse today will take its revenge tomorrow".- Peter Obi

" I had to stop the Presidential lodge in Anambra... A project awarded at 400million. I had to close down state house in lagos and Abuja... Because I felt we dont need it.... Even when other states had."

" They said President Obasanjo is coming... I went to borrow the kind of cars they wanted... Instead of spending millions... From a neigbouring state."

"I requested Obasanjo to spend the nights in my lodge Since they said he must sleep over... I asked my wife to pack out of my bedroom... We went opposite to lodge in a hotel (name mentioned) for the week, we paid N30,000 instead of N100,000."

"I used the 150million for 2 bullet proof cars to buy almost 50 Peugeot cars at 3 million each.. gave 17 to JUDGES and 18 to permanent Secretaries (because i discovered they did not have cars) and kept 10 for govt house... which I used as Governor... I did not use bullet proof cars as Governor."

"They said we should attend world Igbo Congress in U. S.... That the budget WAS cut from 40 to 32million.... I asked them why... That only one person should go and come and tell us what was discussed."

"Instead of paying 30,000 for each security personnel (about 30) per night in Abuja, I told IG to give me Police whenever am in Abuja....I travel alone... Ppl complained.... The 15 drivers lodged in Abuja state house...who come to airport to cause confusion, i asked to go, kept only 3. The others to go back to Akwa or look for job... I asked the cook to go back to Akwa instead of giving him 30,000 per plate."

"When Governors lodge and Govt house was burnt before I came... With budget of 400million and 300 million, I repaired them for 42 million and 80million respectively. They wanted to impeach me that I did not spend by due process... Following the awarded Contracts and contractor.... I saw a table.. That my predecessor used, they said its old... I asked them to renovate it... That all i needed was a table to write as Governor... "

" So so so I was able to save money and made sure that ANAMBRA HAS THE BEST ROAD NETWORK THAN ANY OTHER STATE IN NIGERIA."
Happy birthday Peter Gregory Obi, a man after my heart.

Close
POSN uses cookies to give you the most relevant experience. By clicking “Accept All”, you consent to the use of ALL the cookies.
Cookie SettingsAccept All
Manage consent

This website uses cookies to improve your experience while you navigate through the website. Out of these, the cookies that are categorized as necessary are stored on your browser as they are essential for the working of basic functionalities of the website. We also use third-party cookies that help us analyze and understand how you use this website. These cookies will be stored in your browser only with your consent. You also have the option to opt-out of these cookies. But opting out of some of these cookies may affect your browsing experience.
Necessary Always Enabled
Necessary cookies are absolutely essential for the website to function properly. These cookies ensure basic functionalities and security features of the website, anonymously.
Functional
Functional cookies help to perform certain functionalities like sharing the content of the website on social media platforms, collect feedbacks, and other third-party features.
Performance
Performance cookies are used to understand and analyze the key performance indexes of the website which helps in delivering a better user experience for the visitors.
Analytics
Analytical cookies are used to understand how visitors interact with the website. These cookies help provide information on metrics the number of visitors, bounce rate, traffic source, etc.
Advertisement
Advertisement cookies are used to provide visitors with relevant ads and marketing campaigns. These cookies track visitors across websites and collect information to provide customized ads.
Others
Other uncategorized cookies are those that are being analyzed and have not been classified into a category as yet.
SAVE & ACCEPT
Important Notice!

Thank you for believing with us that a new Nigeria is possible with #PeterObi. We have a target to raise a minimum of 6 billion Naira for Mr Peter Obi’s presidential bid and, we can only do that by donating a minimum of N1,000 each to make it a reality. Meanwhile, we encourage you to give more, if you can.